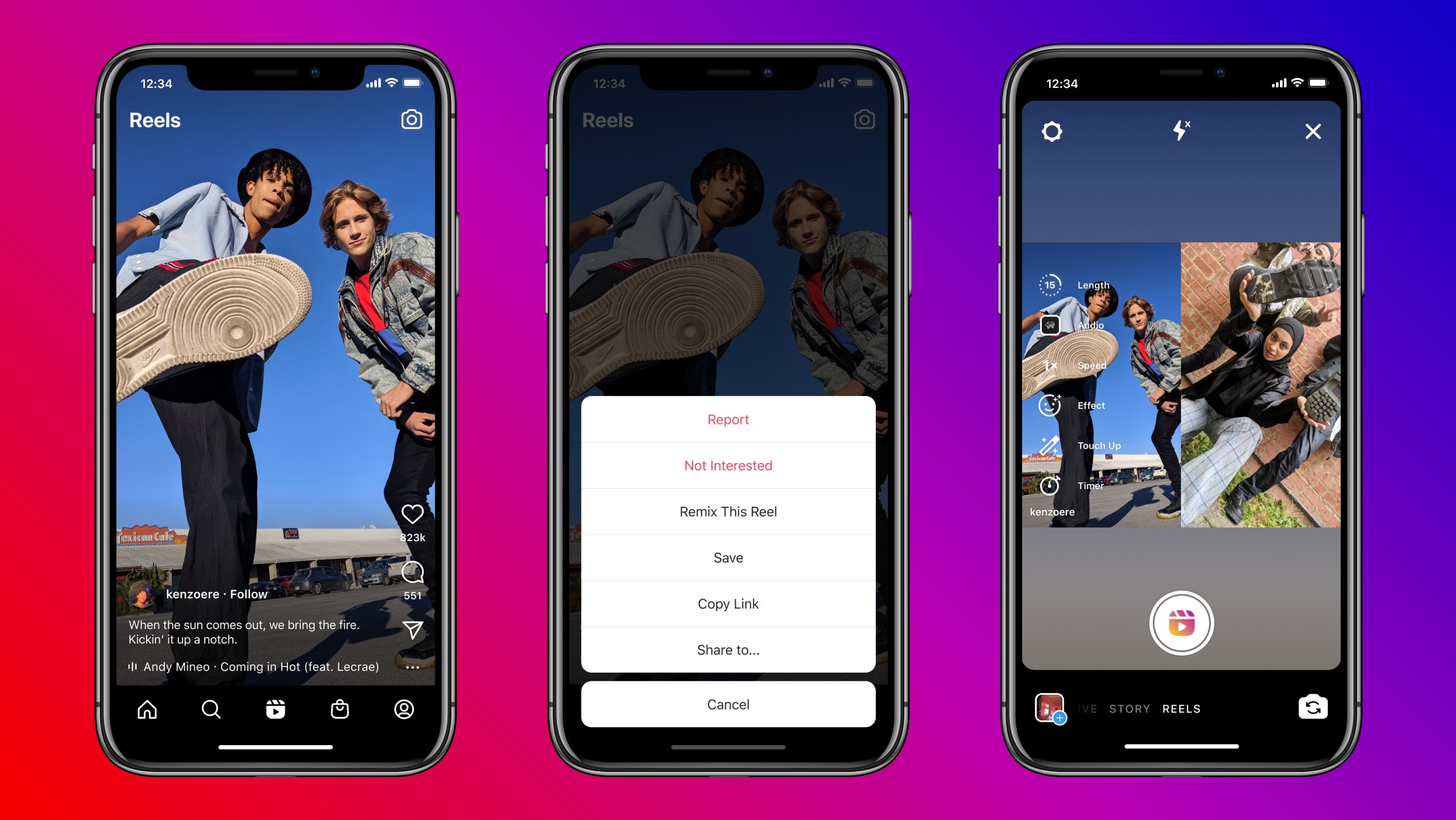 Instagram’s short-form video section Reels is becoming even more like TikTok. The new Remix feature sounds very much like TikTok’s Duet. You can interact with another user’s reel by sharing your own video alongside it.

To remix someone else’s reel, tap the menu icon. You can record a new video in the Instagram app or upload a pre-recorded one from your camera roll. There are some editing options, including ones for audio, effects and playback speed. The feature is enabled by default on new Reel uploads. You can switch them on for older videos via the menu on each post.

You’ll be able to see other users’ remixes of your reels through the activity tab. Remixes you’ve made of other videos will pop into your profile’s Reels section.

Duet was a key reason why TikTok grew into such a massive platform. Along with adding harmonies to other users’ songs (like sea shanties), people have used duets to take part in dance challenges and share reaction videos.